Culture jamming, is the act of using existing media such as billboards, bus-ads, posters, and other ads to comment on those very media themselves or on society in general, using the original medium’s communication method. It is based on the idea that advertising is little more than propaganda for established interests, and that there is little escape from this propaganda in industrialized nations.

The most well known form of culture jamming may be the subvertising which can be defined as the creative anti-ads of making parodies of corporate and political advertisements in order to make an ironic statement. these images target a specific audience to whom they wanted to make an enlightenment and make them to think about their decisions. In other words subvertising means sabotaging advertising / political campaigns, the encroachment of multi-national corporations on everyday life, and attacking other high profile targets. It can be considered as a process to create some awareness. the images I have uploaded below can be thought as the political forms of culture jamming. As we can see from the examples subvertising aims to subvert the intended messages of the advertisements. these subvertisings can be completely a new created image or an alteration of an existing one. and it is often done in a satirical way.

ı can say that in Turkey these political subvertising are mostly executed by the left. we can hardly ever see the right in such activities. These type of subvertisings can only be seen in social media like websites, blogs, facebook or twitter. we cannot see them on billboards or on TV because government has the power to cover them up but it is hard to control all the social media. Nevertheless they even do that. 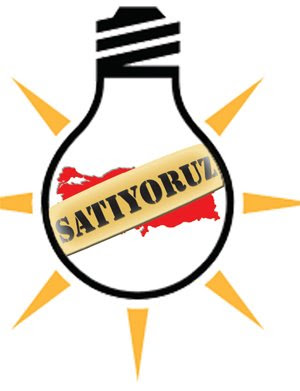 this blog is part of

Flows is an initiative by graduate students of the Faculty of Communication of Izmir University of Economics to create a cyber yard to meet, exchange, create and play. We would like to welcome you to our project, invite you to join our activities, and make you feel part of the team; you can find more about us and our interests in IUE Flows. Besides, hot dialogues are hosted in Polemics; reports and essays are published in our Zine; audiovisual material of presentations and seminars is uploaded in our Gallery; links of our interests can be found in the Library; news and events are announced in the Follow up. We are expecting your comments and your contributions in the Reservoir flows. Enjoy the journey, the editorial team